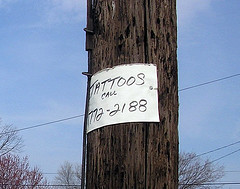 Yesterday I had a conference call with the father of a thirteen year-old student to discuss the progress his daughter has made since she started studying Mandarin at our online Chinese school three months ago.

Overall, the feedback was very positive - Mary's a smart, precocious girl who listens attentively and thoroughly reviews her notes before each class; a typical 'good' student.

When it came time to share areas for improvement, however, one of Mary's teacher's comments struck me: "Mary is afraid to make mistakes - she's afraid to ask questions for fear of looking stupid."

As anyone who has studied Mandarin knows, making mistakes is a rite of passage when it comes to studying this (or any) language. In fact, if you're not making mistakes - be they grammatical, tonal, or otherwise - every single time you open your mouth to speak, you're either not trying very hard or you already knew Chinese in a previous life!

As someone who spent years studying Chinese the 'wrong' way (more on that later) before finally figuring out a better, more efficient way to learn the language, I would argue that making mistakes is not only a good thing, but that it's only by making mistakes (often and necessarily the same ones over and over again,) that a student can ever begin to work towards true conversational fluency.

Of course, no Mandarin student relishes the idea of making mistakes that are the exclusive purview of three and four year-old native speakers - remember how many times you said wén (to kiss) when what you really wanted to say was wèn (to ask)? - but when learning a second language as an adult, we are all the linguistic equivalent of a two year-old and need to embrace the fact that those kind of 'stupid' mistakes are an integral part of the learning process without which we don't make any progress.

I would argue that the only critical difference between a child and an adult learning a language is that an adult is aware - and often acutely self-conscious - of the myriad mistakes they make (or might make) when attempting to speak. It is this embarrassed self-consciousness that leads many of us to try and learn Chinese the 'wrong' but easy way: out of a book, instead of the 'right' but harder way: by forcing yourself to have conversations with native speakers in which they correct your Mandarin. It can be frustrating and potentially embarrassing to learn this way, but it's only by saying something incorrectly, being corrected, and saying it again, the right way, that you start to get a natural sense for the language （语感）and, in time, the ability to know the correct way to express your thoughts with confidence.

So the next time you sit down at Starbucks with a tall, non-fat latte, your Mandarin textbook, and a Chinese-English dictionary, think about what you're about to do and whether it will actually do anything to improve your spoken Chinese - which I think should be every beginner and intermediate learner's main priority.

Sitting silently and memorizing obscure grammar rules is a safe, risk-free way to pass two hours, give yourself false assurance that you're learning Chinese, and avoid exposing yourself to the potential humiliation of saying something incorrectly in conversation.

Working with a professional language instructor for two hours at the same Starbucks or online and learning that when a Chinese person can't access the wireless they say "Wǒ shàng bù liǎo wǎng," and not "Wǒ bù néng shàng wǎng," is actually a productive use of your time.

Your ego may not thank you in the short term, but in the long term you'll be getting too many compliments on your authentic, colloquial Mandarin to care. So get out there and start making mistakes - just make sure you're open to being corrected!

Corinne Dillon is the founder of
Discover Mandarin, an online Chinese language school which offers 1-on-1 classes with teachers live from Beijing.

Some mistakes are more serious than others
(photo credit
w.marsh)

Great point!  I am from Taiwan. I had a chance to go to a Mandarin class in NJ where my cousin is a Mandarin Teacher there. Before I went to the class I assume the classroom must be full of voice. However, the things turned out the different way. Every time my cousin asked a question to the class, everybody looked to each other. Nobody dares to raise their hand to do it. My cousin told me most of the students are afraid of mistakes and had no confidence in Mandarin.  Additionally, the students who are actively participate in class usually have a better sense in Mandarin.

Sorry to hear that your attempts to practice Mandarin with your Fujianese grocers have been less than successful, Mark! My guess is that they're probably very self-conscious about their Mandarin (if they speak it at all) and are probably a little embarrassed about speaking it.

Don't give up, though! My advice is to find a native speaker from northern China (the Northeast, Beijing, Tianjin, etc.) and practice with them on either an informal or - ideally - 1-on-1 basis at regular intervals.

And keep up the character work on your own. Good luck!

Great article Corinne, I couldn't agree more.
Where I live there is about a Chinese owned supermarket per block. Unfortunately, they are usually not very friendly and tend to ignore you when you try to talk to them. Not sure why. Even more, I've been told they come mostly from 福建, so they speak a bit in their dialect....and I can´t go shopping all the time hahaha.
The good thing about that is that looking stupid can't be easier! :P
I am now focusing on learning to recognize ideograms so I can start reading news and other contents , then I'll focus on talking and writing.

Very perceptive and well said.  This might sound like some sort of paradox, but I've found that my best students aren't always the ones getting the best grades.  My former students who have gone on to become fluent tend to fit the description you gave above.  They were willing and unafraid to make mistakes in the classroom even if it cost them a few points.  I think it's worth recognizing, and even perhaps rewarding, that behavior in the classroom.  It can lead to the difference between simply trying to get an A on the test, and becoming bilingual.