Which genre is best for you to improve your Chinese reading and listening? 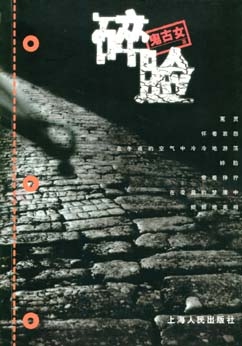 Each one of us has a special taste for things that we love to read. There are so many genres that we could choose from when deciding on what to read in a language that we're learning, such as Chinese so to speak. I'm curious to know which genre you like best as far as learning Chinese is in concern?

For me, for example, the genre of mystery, suspense or horror might be the best choice, especially when part of my goals of reading is to improve my second language.

Lately I read a Chinese novel of this genre that was really good. Novel 碎脸 suì liǎn (Broken Face) is at advanced level Chinese - might not be a suitable choice for most readers on SMC. But I want to give you an introduction here to see whether this kind of plot would interest you to read along.

The story will not be spoiled here in case anyone will eventually read it or watch it when a movie version came out (which I firmly believe is quite possible.)

Well, as a matter of fact, I think the plot is not even easy to get spoiled since it interweaves complex intrigue and emotions and is not easy to be explained in a short summary. It's not just a simple "who did it?", but more of a "why and how". My thoughts kept going after I finished the story. IMHO, that's also a symbol of success for a story of this sort.

The book was a hit in China, but I really don't know whether it'll attract readers from other culture background. Your feedback is very important and very much appreciated :-)

A series of suicides (自杀 zìshā) had happened in sixteen consecutive years in room 405 of women dormitory in Jiangjing Medical school. On June 16 of each year, a girl of this room would leap to her death at midnight (午夜 wǔyè). A period of dark history of the school was waiting to be revealed (揭露 jiēlù) when two new girls moved in to the room.

The two girls are new students of the school. They became intimate friends (好友 hǎoyǒu) soon after. Both of them were interested in the series of mysterious events (事件 shìjiàn) that had happened over a long period in the exact dorm room that they stayed. With their secret investigation (调查 diàochá) went on, one of the girls realized that she might be chosen to be the next victim (受害者 shòuhàizhě) for the year. In order to escape the doomed destiny, she tried her best to dig out a dark history (历史 lìshǐ) of the school that she believed was where the evil cause originated.

Her intimate friend trusted her and tried to help her. However, soon after, her intimate friend found out that she was indeed (实际上 shíjìshàng) having hallucinations and not well. The school put her into hospital thinking she was having mental problems (精神问题 jīngshén wèntí). To her surprise, in the hospital, she met a strange woman that seemed to know everyone of the suicided girls over the years and was able to impersonate (模仿 mófǎng) their body languages and voice.....

If you're interested you can have a glimpse on an exertion of the book and a podcast trailer from here:

A glimpse on a bestselling “mystery and horror” Chinese novel – 碎脸 ...

The story might sound like a horror story for campus girls, but actually it's good enough for all ages. Let me know whether a story of this kind interests you. What other stories you found that roused your interest and made you turn the pages?