They didn't explain the story but I got a few responses below.  My favorite was provided by Kaly.

The storry is very long... 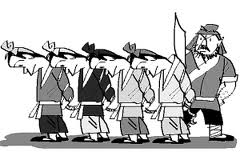 Long long ago (more than 2000years), a famous officer was killed. So the emperor was very angry and but no one could catch the killer. The emperor thought out a method. He let his guys flogged the corpse of that famous officer and released the information that the person who killed the officer would get 1000 两 （1 两=50g）gold. Then 4 people all said they were the murderer. So everyone could get 250 两 gold. But of course they can't got gold from the emperor，they were killed later.

An alternative was about coins. 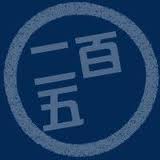 You can address your close friend 二百五，it just like a joke between you and your friend! But pay attention, do never ever address a people who you're not familiar or a stranger 二百五，it just like some kind of foul language! ^^
Have fun!

Top Member Comment by Zhang Wenzhuo on December 21, 2010 at 10:04pm
Haha......I think you are a very hard working man, good luck for your Chinese learning. I'll always love to help you!