Mark Zuckerberg is learning Chinese... for a woman 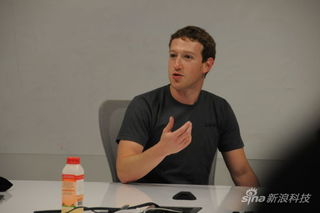 For all the talk of international business man trying to impress China with his language skills, it looks like it may have all instead been for a woman. An elderly woman actually.

China.org.cn reported recently that Zuckerberg revealed his Chinese language learning motivations while speaking with the members of the CEC - China Entrepreneur Club.  I'm sure there were the obligatory 'size of market' and they mentioned how many employees at Facebook speak Chinese but it really just boiled down to good old family relations.

As they say in the article above, Mark Z has a long-term ABC girlfriend (6 years+ plus) by the name of Priscilla Chan.  But it's not necessarily her that he's learning for - it's her grandmother.  The grandmother only speaks Chinese.

I think it's all nice & good that he's studying for an hour a couple times a week.  With his work schedule & study time, this story now actually makes a lot more sense than him studying to somehow 'crack' the China market.  A little effort on the language, impress the grandmother then casually mention his current millions & bam, he's in.

I think all the weibos out there will be able to keep Facebook at bay for a while, no matter how good Zuckerberg's Mandarin skills are, even though Mark himself says that his tones are accurate.  I wish we had recording of his speaking to evaluate ourselves...
Think his Chinese is any good?

(story via China.org.cn & photo via sina.com.cn)

Zuckerberg is studying Chinese for his girl. Hmmm.. I wonder how many online Chinese learning sites he belongs to?  Chinesepod... Melnyks...popup Chinese...  he's got the money!

I wouldn't be surprised if he had a knack for Chinese.  Scientific minds are notoriously good for languages as well.  I'd love to see a sample.  Anyone know if one exists?