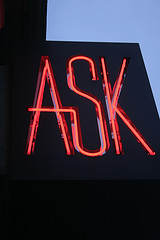 Last time we took a look at how to say, "Where is the bathroom"  in Chinese.  If you missed that discussion, take some time to  go back and check it out.

Today we are talking about making plans and asking "What do you want to do?"  This is an easy one for English speakers to wrap their heads around, so let's check it out.

Making plans to do something in Chinese is pretty simple.  The nice thing about the structure of this question is that it opens up the door to some other high frequency questions.  We’ll check those out later but right now let’s take a look at the question.  The Chinese and the English match up nicely here except for the placement of the question word “what.”  The English question puts “what” at the beginning of the sentence but the Chinese question places 什么(shénme) at the end of the sentence.  The Chinese is actually a bit less complicated because it leaves out the “do” that English uses in this question: “What doyou want to do?”  As always, there is no verb changing, or conjugation, in any way.  So word for word we end up  with a literal translation of, "You want do what?"  Pretty straight forward, so let’s move on to the answer.

As you can see, the answer is beautifully simple and matches up with the English meaning and word order exactly.  The only tricky part of this is that 吃饭(chīfàn) means "eat" but it is two characters.  The character 吃(chī) means "eat" and 饭(fàn) means rice.  But in this context their combined meaning is simply "eat" or to have a meal. So the literal translation is, "I want eat." But there are some variations of the question and answer that you should know.  Let’s move on to them below.

There are some other ways to ask, “What do you want to do?” in Chinese.  Specifically, 想(xiǎng) and 做(zùo) can be replaced with other words.  First, the verb 要(yào) can replace 想(xiǎng).  What’s the difference?  In this context they both mean “want” but 想(xiǎng) softens the question or request.  It would be more like saying “I would like” instead of “I want.”

In Chinese culture it is always better to be a bit too polite instead of being slightly rude or informal, so as a beginner it is better to use 想(xiǎng).  That being said, you will definitely hear 要(yào) replacing 想(xiǎng) in this context and it will be completely appropriate and not rude at all.  Just be aware of the difference and use 想(xiǎng) when in doubt.  Next, the verb 做(zùo) can be replaced by 干(gàn).  Here there is no real difference.  Either one gives you the same meaning in this context so feel free to use them interchangeably here.

It should also be noted in this section that 想 (xiǎng) CANNOT be used to say you want something.  You can only use 想(xiǎng) to ask and say you want to DO something. In other words, when you use 想 (xiǎng) to mean “want” it has to be followed by a VERB.

How do you say you want SOMETHING?  You use 要 (yào)!  But in Chinese, you will be likely to find yourself in a situation where using 想 (xiǎng) + VERB  will be very natural and you won’t have to use 要 (yào) + THING and chance sounding rude.  Let’s look at why this is so.

Below are some of common questions you might be asked using this pattern.  Check out the answers and see if you can spot how the Chinese answer differs from the English

Did you see it?  If someone asks you in English, “What do you want to eat?” you are like to reply, “I want fried rice.”  Saying, “I want to EAT fried rice” would sound pretty emphatic, like you haven’t eaten in days and must eat fried rice now!

I can't think of a situation in English where I might be inclined to say, "I want to drink water " but in Chinese repeating the verb that was asked in the question doesn’t sound strange at all.  And for that reason, as a beginner you are still better off using 想(xiǎng) instead of 要(yào).

Below is another common question that uses the same pattern with a different question word.

So let's get back to the original question and answer.  If are making plans and someone asks you:


For a list of activities to fill in, go to Question #4,  "What do you like to do in your free time?"


我想去公园。 Wǒ xiǎng qù gōngyuán.  I want to go to  the park.
For a list of places to go, check out Question #9,  "Where is the bathroom?"
Feel free to use the reply to give some feedback, ask questions or practice.
(photo credit  otama)

Your comments are very straight to the point. Always good job well done!

要 is more determined or commanding than 想.

Actually you can use them together, like 你想要做什么，你想要吃什么，你想要去哪里，我想要吃饭，我想要去公园，etc.  Same meaning.

要 has the meaning of "will do sth", just simply tell something to do in the future.

Thomas, my quick answer to this is yes, you can. Here is the long answer.  The 要 here is actually used more for emphasis than for meaning.  In other words, if you didn't use 要 in the sentences above you would still have the future tense.  But I think as a beginner it is helpful to know that 要 can help form the future.  I also think it can be a little unsettling for a beginner when verbs in Chinese don't change or get modified when the tense changes.  So although you won't always hear it this way, I think it is safe for English speakers to associate VERB + 了 as past tense and 要 (or 会) + VERB with the future.  In the sentences above 要 wouldn't be viewed as rude or as a command.  It just simply says what the person wants to do in the future.  Here, if you replace 要 with 想 the meaning is basically the same, but you've softened it a bit.  Here 想 would translate as "would like to."  Although verb tense in Chinese is simple, it also tends to be a lot more contextualized than it is in English, so it winds up being a pretty slippery thing to get a grasp when you take words and sentences out of a larger context.  I hope this gives some insight and please feel free to ask more questions.

What do you want to do tomorrow?

I want to go to the museum tomorrow.

Can the verb 想(xiǎng)  replace 要(yào) in these sentences also or is there a reason not to do this ?