When it comes to chinese zodiac, there is a confusing point:

In chinese 羊 (yáng) can mean sheep or goat either. On the Internet I found both of them. (In english and hungarian text too.)

After all, which is the correct in the context of chinese zodiacs?

Replies to This Discussion

Not clearly defined the 羊 is sheep, goat or ram in Chinese zodiac, all of them can be a representative of the Chinese zodiac sheep.

羊 is the pictographic character

Dear Lilian and Tommy, thank you very much for your answers.

Of course, I know, that 羊 is 羊, and usually a hanzi caracter very rarely has a separate meaning.

I was simply just courious about, that for chinese people what does mean the expression, that "Yang nian"?

I am accoustomed in Hungary, that if we tell something that means what we think of. Goat is goat, sheep is sheep.

I am getting used to the chinese attitude, that they never say, what they think, and don't do what they say. I didn't want to hurt -  of cours - any chinese people with this sentence.  It is similar to the diplomats and gentlewomans story:

(Later I knew that the matter is the same with mouse and rat as 鼠. 老鼠,大鼠 etc.)

Your last answer also was very useful to me in order to understand chinese thinking. I got a bit closer again to the better understanding. First I didn't see what did You mean on conception. Then I recognized, that in Hungarian language also there is such a "conception". We call it "word radicals". From this radical words we can construct many new words, but hungarian does it not just by merging two words, but by agglutinations too. For example hungarian "tan" is egual to the chinese "xué"学. From this radical we make "tanár, tanul, tanít, tanonc, tanoda, vegytan". (In English: teacher, to study, teach, student, school, chemistry).  Or more interesting, that the "kör" meaning circle is the root of the word of "kereskedő" (pronounced ~ care-ash-keadoe) meaning trader, or merchant. (It is a very long story why.)

My chinese teacher told, that when parents chose a name for a child, they don't chose the word, but the hanzi caracter. Now it began to became more clear.

In Hungary, just like in  China, the surname is the first, followed by the given name, so my name in English is János Gál.  我姓名是 Gál János.  My chinese teacher gave a chinese name: 高亚诺 which sounds similarly:-)

My chinese teacher's opinion that Chinese language is closer to Hungarian than to other european languages such as English, French or Germanian. I told her, it is perhaps because our ancestors came from east to Europe from beyond the Ural mountain range. (Of course this doesn't mean relation of languages. Hungarian belongs to the Uralian language family, while Chinese to Sino-Tibetian one. [as I know])

"if a beginer of learning chinese wants to learn reading and writing chinese, the  better way is to know these components first."

First time I didn't understand why so important learn hanzi (to read and write either). Why on Earth not enuogh using pinyin alone? - I thougt when I was very beginer. Then I recognized, that much easier to memorize chinese words and expression, when I know how to read its hanzi. In Chinese there are quite a lot homonyme words. (The same pronunciation while meaning different) For example typing into the Pleco dictionary "ding4" gives 12 hit. Just"ding" without tone mark 27 one!!! Another point, that knowing radicals, it's easier to learn and memorize new words' and their caracters.

Besides larning chinese writing hanzi has other useful side effects:

1. They are very aesthetic, improving your sense of aesthetic .

2. Improving your handwriting even in your native language. Having finished excercising writing hanzi, i found that my handwriting was nicer in Hungarian. The situation with drawing the same.

3. Increaeses other visual skills also. Such skills, even You didn't know before, that exists.:-)

and you'll get the answer ! 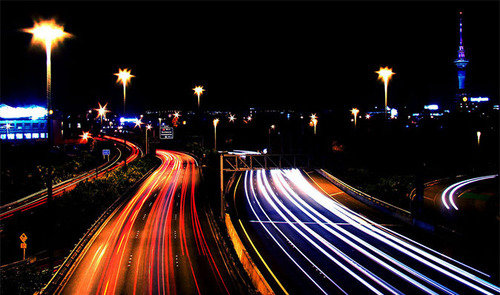 Definitely seems to be a sheep...

I totally agree with you ... By the way, in 2016, who knows which day is going to be the first day of the Chinese new year ? Because I'm not certain, you know ?

As I know 8th of february

... so I get the Chinese calendar too. Thanks.